I recently made a quilt as a wedding gift for a dear friend; a friend that I wish I met sooner than I did. We both went to the same university and had very similar majors and graduated at the same time, but didn't meet until about a year after we graduated. We also met at a bar...ha! From the moment we met, we were inseparable until she moved to Austin (I'm in Dallas) for a new fabulous job. She was the first friend I introduced my future husband and got her approval! She was also there the night Mr. Relish proposed to me. --Well, actually, she was eating dinner with us because I invited her and didn't realize Mr. Relish had a special plan up his sleeve. The entire dinner Beth kept pestering Mr. Relish on when he was going to propose and he should do it before he left for Russia the next day. She even called him several times after we left to ask him really, when was he going to do it! Don't worry, he did it when we got home.-- Anyway, fast forward several years and now Beth has found her Mr. Relish and back to the quilt....

I wanted something more traditional and also a bit masculine since it was a gift for both of them. I found a great tutorial for an easy lattice quilt, tutorial, using a layer cake and started there... 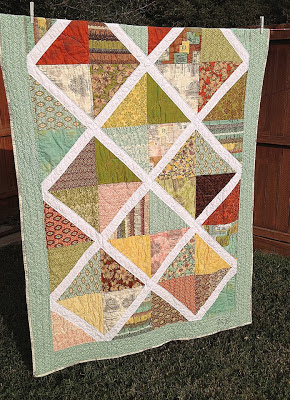 The fabrics are by Basic Grey's Curio collection from Moda. I machine quilted along the criss-crosses and then free motioned four leaf flowers within each of the triangle squares.

I went with a smaller lap-size version and was able to use the other 1/2 layer cake pieces for another quilt for my mother-in-law. I just had to cut a few extra squares from my yardage pieces.

Thanks for checking out my quilt and blog!

The beautiful bride and me at her wedding: 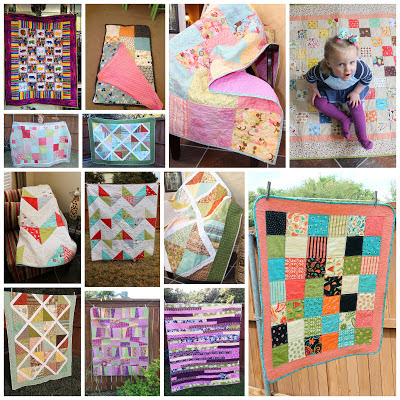